I can still remember the early days of elementary school listening to my mom tell me all about ‘stranger danger’. I was told, as I’m sure many of you were as well, that no matter what you ABSOLUTELY, positively, swear on your pet’s life do not get into a strangers car.

One of my favorite things about Europeans is their ability to share. Whether it’s tapas from Spanish restaurants, small apartment spaces, beers at club field hockey games, cell phones (yes, I’ve done this on multiple occasions), clothing (because you’ve run out of all clean pants (should I say trousers?)) or sharing a car; they share expecting nothing in return but good company.

While I was backpacking I kept hearing other travelers refer to this so called “Bla Bla Car App” and how they managed to organize really cheap rides throughout different regions. At first I shrugged the idea off. I thought to myself, ‘I’m alone and my parents will kill me if the driver doesn’t kidnap and kill me first’.

It wasn’t until my friend Rach and I were stuck hoping to go to a music festival, that this became a serious option. Music really does give wings to the mind.

As I read more about BlaBla Car: the requirements of information for identity verification, the ability to “review” your driver and the fact I was traveling with Rach – . We arrived in style by one of the smallest, neon green cars I had ever seen.

Despite the “interesting” ride to Marseille, France, our BlaBla car on the ride home made up for this. We sat waiting (or mostly singing), in a friends car to make the connection; when we got scooped up by a pleasant, tall and handsome French guy, dressed in a suit, driving an Audi. Vin was full of interesting stories and an all around great person to be ‘stuck’ in a car with.

The following day Vin and I ended up getting lunch together at La Cave De Mougins with an amazing view (Cheers Vin!). 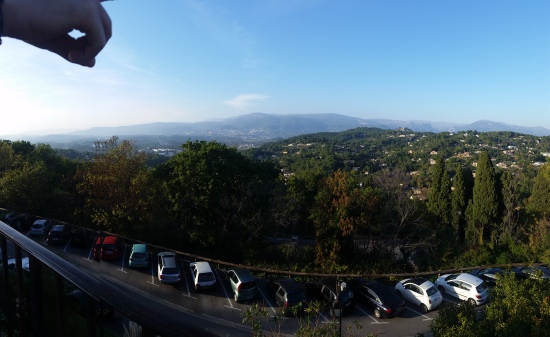 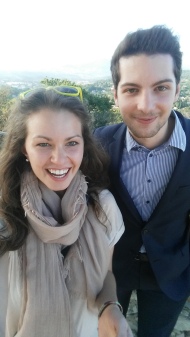 This was just the start of some cool experiences. I quickly became accustomed to ride sharing and started using it as my main form of transportation.

On my way to Lourdes I booked another ride share with Luc and Annese, two absolutely beautiful people that took care of me like I was family. During my time with them they spoke French to my next driver, helped me logistically find my way, brought me back to their home, fed me an authentic French dinner, taught me about their culture, biked with me to a local pastry shop and gave me DELICIOUS tomatoes from their garden (Thank you again!!). Talk about an amazing, unplanned experience

Other BlaBla cars had offered to share their lunches with me, spoke to me in different languages so that I could learn a few words, introduced me to all sorts of music (some genres I didn’t know even existed) and stopped at local ‘hidden gems’. One BlaBla car had even helped me to leave France after the borders had shut down due to the Paris attacks. Some rides were pretty interesting though;  between two people (who happened to be going to the same concert as me!? 6 hours away), getting picked up off busy roundabouts, and some that spoke little to no English (I just smiled, a-lot). I can honestly say that I was very fortunate to meet such amazing people whose happiness, zest for life and love of laughter was contagious.

After returning home, I’ve googled ride-sharing and tried downloading apps, but it (at least for Upstate NY)!

This really makes things difficult when you’re home without a car and need a ride down 1-90! I like to believe that the more you share, the more you have. Whether it’s food, thoughts or space in your car.

Unfortunately for our society, the news in some way or another. We have become numb to the negativity that surrounds us; causing us to sometimes forget to count our blessings. Suffering and tragedy have become a ‘norm’ in the papers and we fear so much for our loved ones that we of good opportunities too. Sure, you need to be vigilant, aware and cautious but living in fear of other humans? We are one in humanity. The more love you share, the more love you have. Start by sharing some good vibes in the car.

Despite everything, I think people are generally good at heart. -Anne Frank